Being fairly new to the front end (reception) at the Southampton Pet Hospital means that I don’t have the same knowledge base that the RVT’s and veterinarians have.

I wanted to know what Lyme disease was and how it would affect my animals; should they be unlucky enough to get it.

Lyme disease thrives in mice, deer and other small mammals. It is categorized as a vector-borne disease transmitted by arthropods aka ticks. It is transmitted to our pets (and us) through those pesky little bloodsucking ticks that hang out in wooded or grassy areas!

Once on the unsuspecting host, it will take some time to find a nice spot to feed. It will cut into the skin and insert its feeding tube. Some have barbs on their feeding tubes, which keep them firmly in place and others secrete a cement-like paste. They feed for several days and drop off to begin the process again. (I’m starting to think that mosquitoes aren’t that bad!)

Ticks wait for their hosts on the tips of grasses (or shrubs), they stretch their tiny little arms high in the air (picture a child reaching up for a hug) and latch on to their unsuspecting hosts. This process is called questing. Contrary to popular belief, they don’t jump or fly.

If your pet is diagnosed; not to worry, you’re not at risk of getting Lyme disease from your pet. Both humans and domesticated animals don’t carry enough of the Lyme bacteria in their blood to infect a feeding tick.

A tick must feed for 24 hours to transmit the disease. So, finding and removing the tick (or being on a preventative that will kill any biting ticks in less than 24 hours) as quickly as possible reduces the chance of infection. Pay special attention to hard-to-see areas such as the groin and under the legs and armpits. Signs to watch for are swollen glands, lack of appetite and fever, inactivity and arthritis that presents as pain, some swelling near joints and lameness.

Silly me – I used to be scared of skunks and bears when hiking in the bush. Not anymore. 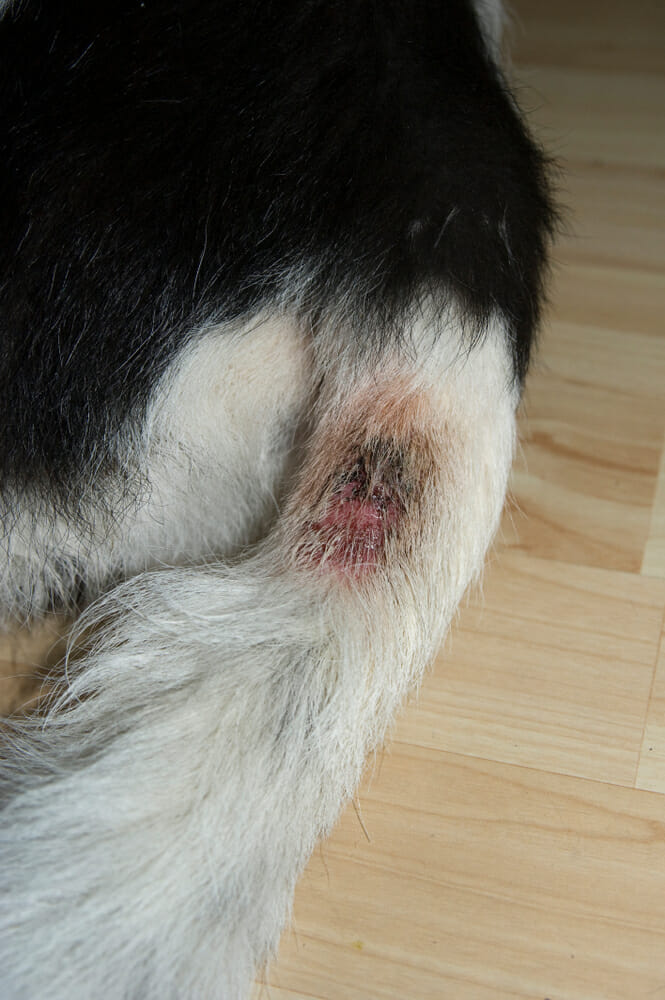 What to Do When Your Dog Has a Hot Spot?

What is a hot spot? Hot spots are one of the most frustrating skin conditions your dog can get.

To our valued clients,

Please be advised our hospital is currently operating with limited staff and we are not accepting new clients at this time. We remain open and our team continues to be here for you and your cherished pets.

We are also experiencing an influx of emails and calls and are doing our best to get back to you as soon as possible. We apologize in advance for any inconvenience this may cause.

1. SAFETY MEASURES TO KEEP EVERYONE SAFE

We ask that you continue to be kind to all of our team members. Please know that we are working tirelessly to return to regular programming.